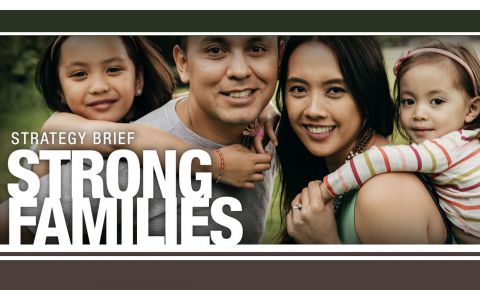 How can child welfare systems support families in rural communities?

Rural areas tend to experience persistent poverty,1 which can place children at higher risk for negative health outcomes. According to the most recent estimates from the 2018 American Community Survey, 22.4 percent of nonmetro children in the United States were poor, compared to 17.3 percent of metro children.2 Research has evidenced that in areas where poverty is prevalent, people face impediments beyond their individual circumstances, such as poor housing and health conditions, higher crime and school dropout rates, employment dislocations,3 and substance use disorders. These greater risks for rural residents are oftentimes self-perpetuating, systemic, and multi-generational. The stress that families living in poverty face contribute to the high rates of child abuse and neglect within rural communities. Growing up poor is a well-known risk factor for child maltreatment. The Fourth National Incidence Study of Child Abuse and Neglect (2010)4 reported that rural children had twice the rate of overall maltreatment as the general population.

In recent years, the opioid epidemic has dominated the national conversation around substance misuse, largely due to deaths attributed to opioids. The opioid epidemic has hit rural communities especially hard as geographic disparities also affect pregnant women and infants.5 The consequences of the opioid epidemic are felt by families, as many of the nearly 12 million adults misusing opioids are parents. Based on data from the combined 2009 to 2014 National Survey on Drug Use and Health (NSDUH), during the last year, approximately one in eight children (8.7 million) aged 17 or younger lived in a household with at least one parent who has a SUD and needs treatment.6 The number of mothers with opioid-related diagnoses documented at delivery increased by 131% from 2010 to 2017.7 The national rate of babies born with neonatal abstinence syndrome rose 82% during the same time period.8 Increases were seen for nearly all states and demographic groups, with rural, white, and Medicaid populations having the highest rates of maternal opioid-related diagnoses and neonatal abstinence syndrome.9

The rate of child removals attributable primarily to parental substance use has nearly doubled from 18.5 percent in 2000 to 34 percent in 2019, which has challenged local and state agencies to simultaneously meet the substance use treatment needs of parents while protecting affected children and families. Recognizing that national foster care trends have been a source of persistent concern and that children almost uniformly leave state custody more damaged than when they entered, it is important to identify pathways to providing services that not only protect children but strengthen their families and support rural communities.

Due to increased exposure and social disorganization, children in rural areas are at greater risk of being removed from their homes and placed into kinship care or foster care. Depending on the circumstances, informal, temporary, formal, and long-term arrangements can be made for children to be placed with kinship caregivers, such as grandparents, aunts, uncles, other relatives, or family friends. The particulars of kinship care models vary by state and the specifics of a case, as does the involvement of child welfare agencies and the courts. Kinship care allows children to maintain familial relationships and is thought to provide a greater degree of stability than non-relative foster care. Recent data shows that 32 percent of children in foster care live with kinship caregivers, whereas 46 percent live with non-relative foster families.10 The majority of children living in kinship care do so outside of the foster care system. In 2018, an estimated 2.7 million children lived with kin caregivers; 60 percent of those children lived with grandparents.11 Caregiver responses to a 2013 national survey on nonparental care indicated that approximately 19 percent of children were in the care of relatives because of their mother’s substance abuse, and 14 percent of children lived with relative caregivers because of their father’s substance abuse.12